Another attempt to pull the stranded ship Vera Su has failed 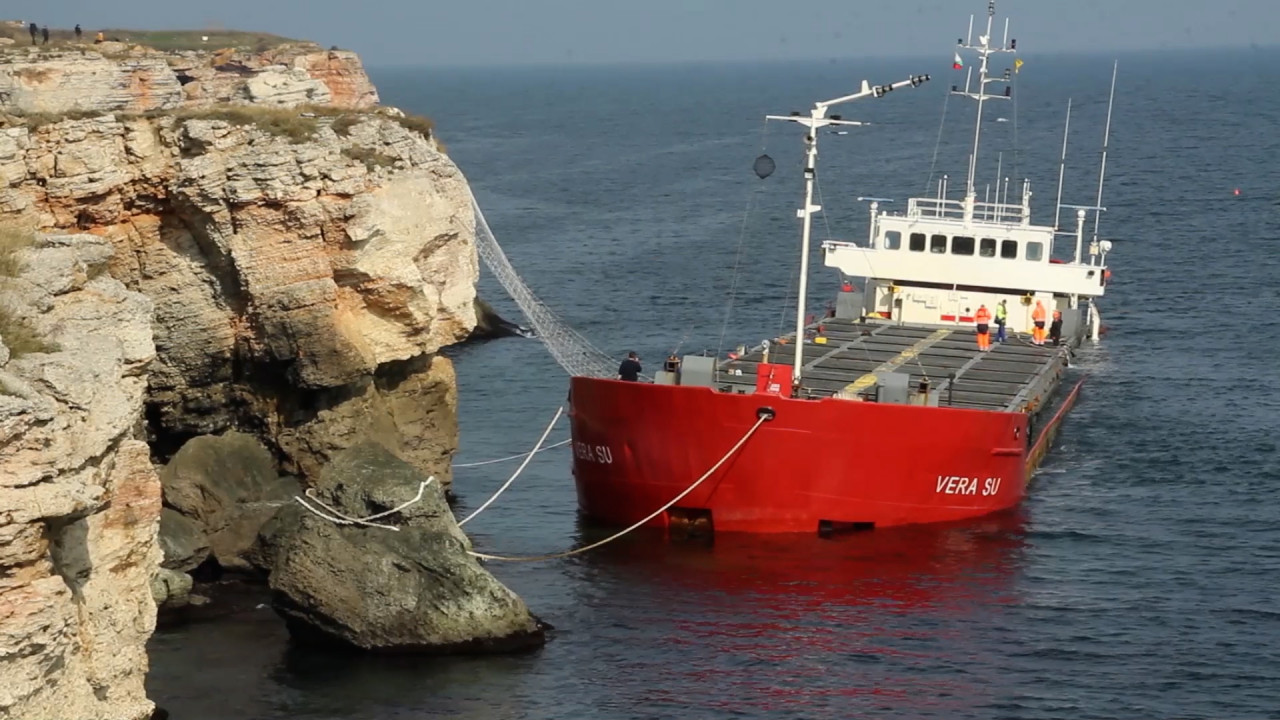 Shortly before 4 o'clock on Sunday morning, the attempt to pull the stranded ship Vera Su off the rocks near Kamen Bryag, was stopped.

This is the second attempt to remove the vessel from the rocks near the protected area "Yailata" near Kamen Bryag. It began after part of the ship's cargo was unloaded in the last few days, according to the specialized website Maritime.

During the emergency attempt, all breaches in the barn were removed and the engine room was drained.

Vera Su crashed into the rocks near Kamen Bryag on September 20. The ship is loaded with over 3 thousand tons of nitrogen fertilizer. Pollution has been reported around the stranded vessel several times.