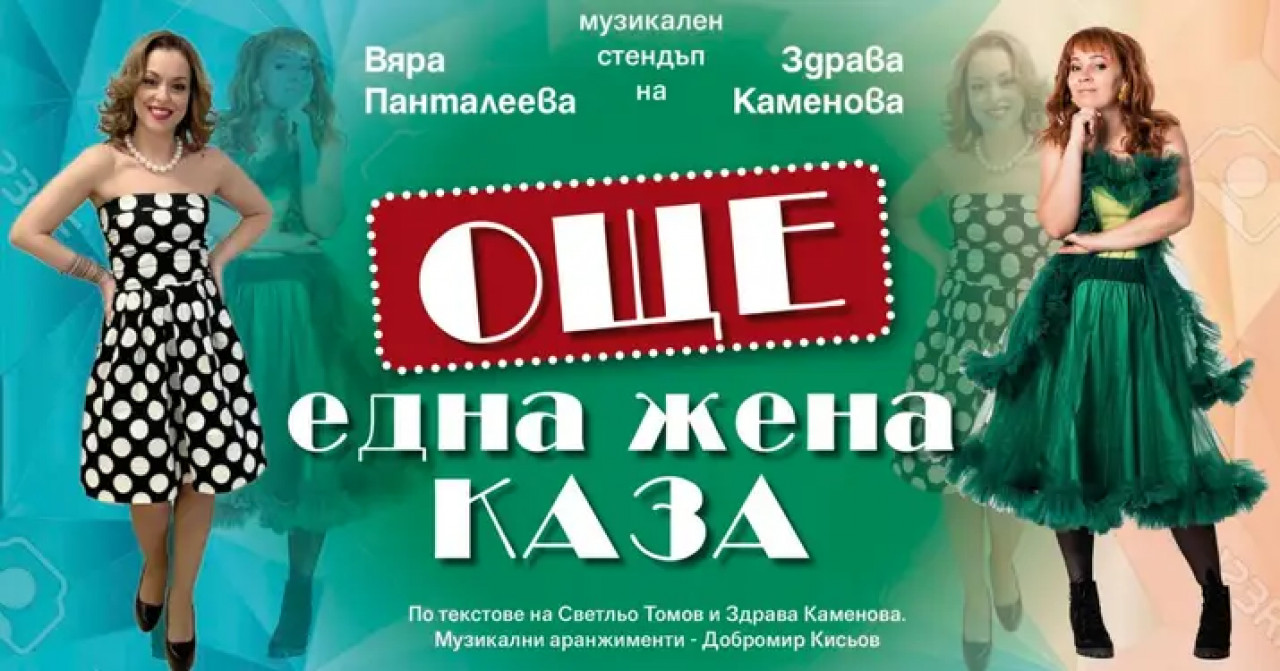 On August 11, at 8 p.m., in the summer cinema "Orpheus", the two talented furies Zdrava Kamenova and Vyara Panteleeva will lead the audience with lots of laughter into the world of artists, screenwriters, and singers.

Zdrava Kamenova, also known as a screenwriter of Bulgarian TV series, vividly tells stories and incidents from the "behind the scenes" process, and Vyara Panteleeva, a jazz soloist - the formation in the program "Night Birds" on BNT complements cheerful and absurd incidents from the life of the singers.

How to write an ad for a lost cat in the style of a Turkish soap opera, how many crazy ambitious mothers can gather in a music school, and how to survive a typhoon in South Korea are just some of the topics on which the two talented furies will enlighten you.

The audience leaves enraptured by the magnificent music that pours from the stage. Comfortable shoes are a must for dancing! Do not miss to give yourself this emotion!

Tickets for the musical stand-up "Another woman said" are already on sale at the box office in front of the Plovdiv municipality, in the Eventim network, and in Grabo.