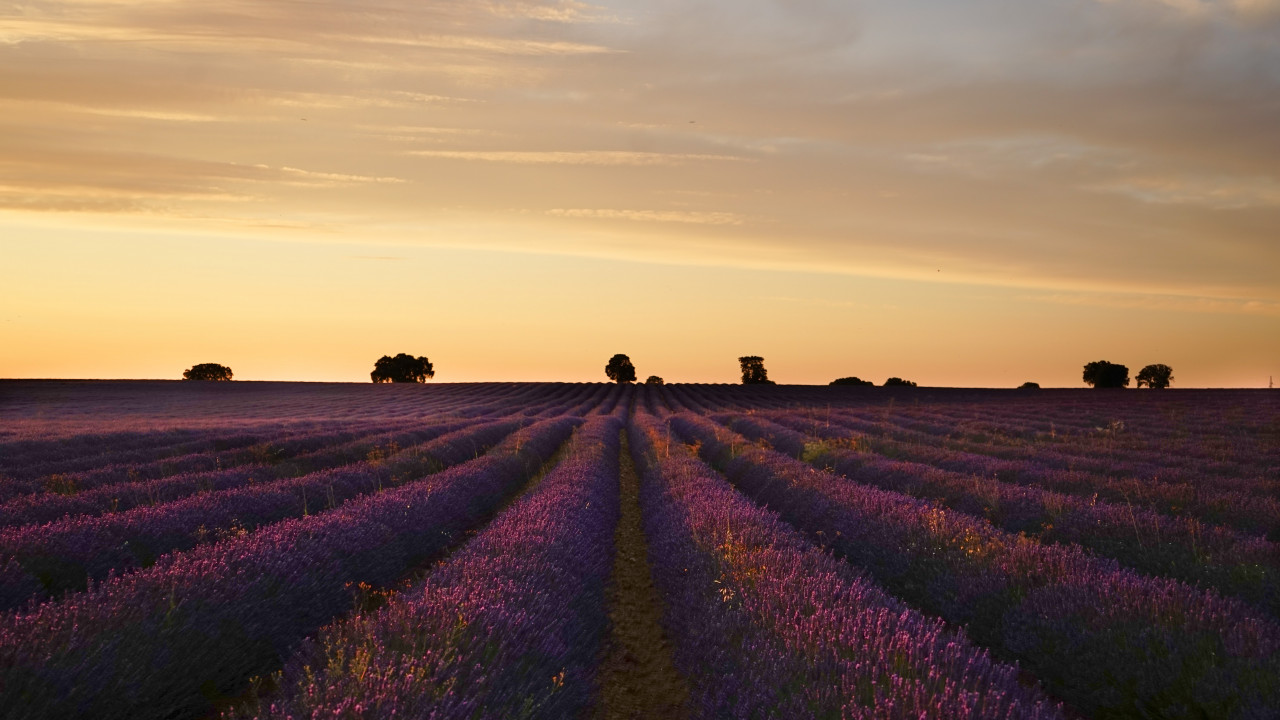 There was a time, when photos of lavender fields were causing a storm in all social media platforms with dozens of questions about their exact location. Today, the areas sown with the fragrant culture in our country are so large that for several years our country has been an absolute leader in the production of lavender oil, leaving the French Provence behind. Now we even have a national festival, which at the end of June brought together producers and connoisseurs of the aromatic plant in the Chirpan village of Sredno Gradishte, where some of the first experimental lavender plantations were created. Recently, the forum was held in the same format in Dobrudja, hosted by General Toshevo.

The lavender is widely used in cosmetics, perfumery and pharmaceuticals. Its beneficial properties have long been discovered - it is said that the Egyptians used the plant in the process of mummification, and its aroma was among the favorites of Cleopatra. There are nearly 40 species of lavender, quite similar to each other, the most cultivated of which is "lavandula angustifolia". The purple stalks, forming beautiful tufts, come from the same family as the mint - Ustotsvetni, and like citronella repel bugs with their aroma.

We stop here with the details of the history and useful properties of the plant. Our focus is actually on the application of lavender in cooking. French cuisine has long used it as an indispensable ingredient in desserts, ice creams and syrups. In Italy and Spain, the lavander leafs are dried and used in the making of sauces and main dishes. In our country, lavender is still cautiously used in food and beverages due to its specific taste and strong aroma. It is important to emphasize that not all varieties are suitable for cooking. The most successful Bulgarian ones are "Jubilee" and "Karlovo". Their aroma is sweet and gives the dishes a delicate citrus flavor.

If you have not yet added the herb among the spices in your kitchen, our suggestions comes at the right time. We have selected for you three recipes of lavender temptations, whose fragrant notes of delicacy and melancholy will enchant you.

Beat the egg whites to a froth with a pinch of salt. Gradually add the sugar and stir the mixture until it forms shiny firm cream. The almond flour is mixed with powdered sugar and sifted several times. The dry ingredients are added to the egg whites in portions, stirring gently by hand (the movements are circular from the bottom to the surface) until a thick dough is formed, which can be divided into portions and colored with food paint. Transfer the dough to a bag and spray circles on baking paper. Shake the tray several times to avoid air bubbles. Leave the macarons for 30 minutes at room temperature until it catches a crust on the surface. Place in a preheated 150 degree oven and bake for 15 to 18 minutes on a fan. Once cooled, stick with a filling made from whipped to white butter, Philadelphia cream cheese, powdered sugar and lime peel.

For the lavender syrup:

The sugar, water and lavender are boild until it thickens to a syrup. Allow to cool, then strain. The lime is cut into pieces and then lightly crushed together with the mint stalks. Mix with blueberries, lavender syrup and rum. Add the ice - diced or crushed and top up with cold sparckling water. Stir and serve immediately.

Beat the egg yolks and sugar into a fluffy cream. Add the lavender to the milk and heat on the stove without boiling. Strain. Add the yolks in a thin stream. Stir constantly over low heat until the mixture thickens. Flavor with vanilla and remove from the heat. Let it cool down. Whip the cream and add to the cooled cream. Everything is moved to an ice cream machine or in a suitable container with a lid, which is frozen in the refrigerator.