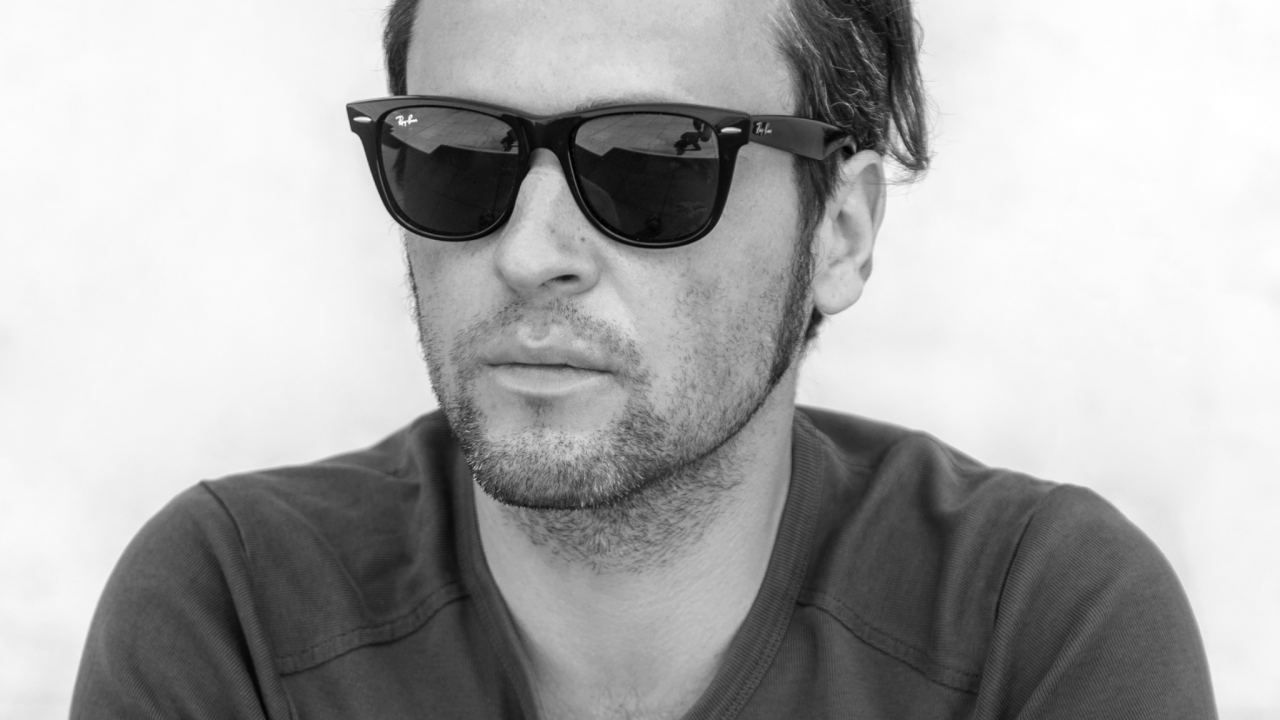 How often do you see a play where the actors on stage tell the real story of human life? Boris Zafirov is an artist and freelance producer, whose prime interest is to address social problems through his art, to give them a voice.

He is a graduate of the National Theatre and Film Academy, has lived in Lithuania for a while, before coming back to his hometown Plovdiv where he realized that there aren’t many answers to the questions he is most interested in. There is no documentary, social, or politically engaged theatre. So he decisively takes the task upon himself, certain of its significance, “because otherwise, we get stuck in the status quo, believing that everything is just fine. While it is not really. Our communities do have issues.”

We delve into Boris Zafirov’s views about the responsibility of theatre, high art, taking reality with a critical eye, talk about all ideas that have a mission, the culture of our city today – to learn more about his work and the impact it has on its audience.

This is the association we started in 2017 as a result of my desire to create something new in Plovdiv. Its mission was to establish a yearly festival for socially engaged and educational theatre. We attracted various organizations to take part – universities, schools, galleries, tobacco warehouses, public spaces, where we staged our shows. In addition, we organized workshops and seminars. After three successful years, the Covid-19 pandemic put a halt to everything, but we are planning to continue next year on a bigger scale.

All independent theatres must compete for their audience. It’s not easy to take someone off the beaten track, but that only adds to the challenge. The trick is no to underestimate viewers in thinking that entertainment is the only thing they need. If you know how to trigger people you can unlock anything.

In an ideal world, the statement that theatre should be socially engaged could sound tautological and silly. But taking into account that 95% of it is pure entertainment, we recognize the need for theatre that is actually socially engaged, so that it takes our attention back to the fundamental idea of performance art – to shed a light on important issues, the problems of the individual in our society. High art and intelligent drama ask questions. Content is not everything, it is about the entire experience – how the theatre receives its guests, the way they are treated, and how they are sent home.

Funded by the National Culture Fund, this innovative project has a mission – to be an alternative stage outside of the theatre halls, which shows contemporary auteur productions. A completely new concept to Plovdiv and it has not been done sustainably in Bulgaria either. Sofia has seen many theatres outside of theatres, but it is not a regular thing and lacks consistent management. Therefore it is not progressing.

As a Capital of culture, we don’t have alternative spaces, no underground theatres or flashmobs. This is why we believe that what we do with our project Jazz Stage is very important because we provide an alternative for people who are interested in performance art but for some reason don’t want to go and see the classics at the Drama Theatre. And since our audience has been following our events for three years now I feel like I have to meet their expectations. This is the challenging part, to keep expanding viewers’ journey further ahead.

Quality is our priority. We don’t want to invite famous names that would overcrowd the hall. We are good partners with Sfumato, as well as other visiting companies like Replika, SPAM Studios, and Momo. We don’t shy away from more serious topics. We have an upcoming documentary production with Vazkresia Vihrova, which is about domestic abuse. Because to me, above all, theatre should make people think.

The ones nobody talks about

At the moment I am working on a few projects about marginalized groups. Together with United Professionals for Sustainable Development (UPSDA), we are taking theatre to the Plovdiv prison. The topics are directly related to the inmates’ issues – crime; father and son relationships, informed by letters they wrote each other; about upbringing as heritage – what we gained and what was taken from us; about forgiveness.

I am also working on an idea for IOM (International Organisation for Migrations) – for a script about refugees. I am going to tell the story of one person in four different storylines using various methods of documentary theatre, contemporary dance, stand-up comedy and standard dramatic monologue.
Why? Because we always share our story from our point of view, and it would be interesting to see how four different artists would tell the same story. I am hoping that this will be my share in helping to break the stigma about “Them” being such and such. The stereotyping of other people is extremely damaging and only ignites hate and intolerance. For example, I visited Harmanli recently for a festival. Sirians were giving dance lessons to Bulgarians and vice versa. It is not a crime, is it? People were happy to be able to socialize this way. It doesn’t take that much to forget about prejudice.

The absence of competition in a city gaining more and more popularity results in artists feeling complacent in their belief that they have achieved everything and their job is done. Nothing stands out, I feel like everything is an endless list of festivals and events one after the other. You go to an event but you are not sure which one it is. There is a festival at Mladehzki Hill, and another one in Kapana, and according to the general public, they cover everything. But in that mix, you are not aware of what it is exactly you are consuming. So it is all just plain entertainment, which wouldn’t be a bad thing if it was a little more sophisticated. A good example would be if you know there are a couple of shows that day, or three movies, and you are specifically interested in them. Events with a specific purpose, say, a retrospective of a famous director or an international independent theatre show, and are not part of the massive mainstream consumerism, people don’t relate to them. Because they see culture differently – a stroll in Kapana, Mladehzki Hill, or the Rowing Canal, some food and drink, where you might accidentally stumble upon an event. We need to create new audiences that have different demands, to allow culture to impact our society and the way it interacts with the city it inhabits.

I have a little countryside house in the Rhodope Mountains. I love to spend time there mowing the lawn and wandering in the woods. I also enjoy sports like swimming and cycling. Simple physical activities are very healthy for the mind. When your job requires a lot of reading, writing and socialising, even the most mundane household tasks might help you recharge.
In the city, I like to go places where I meet friends. By this, I mean that I go because of the people not because of the place. I like the upper part of Kapana because it is more quiet. The rest of it resembles Sunny Beach more and more.

An excellent performance I saw recently was by Milena Ermenkova (part of our Jazz Stage). She is extremely honest and talented and courageous as a person and as an artist. She performed a compilation of her monologues, which were seminal in her career. She took us over seven of her monologues, each of them very profound and intense, while she would switch characters in seconds. She is a true master – no need to announce anything, just acting and being 100% yourself. The audience was left speechless.
I also saw a great movie at Sofia Film Fest Plovdiv – The Man Who Sold His Skin. The film gave a smart critique on contemporary life and contemporary art – how much is a person willing to sacrifice to achieve their goal, and how their situation might actually benefit someone else.