The Need to Belong… 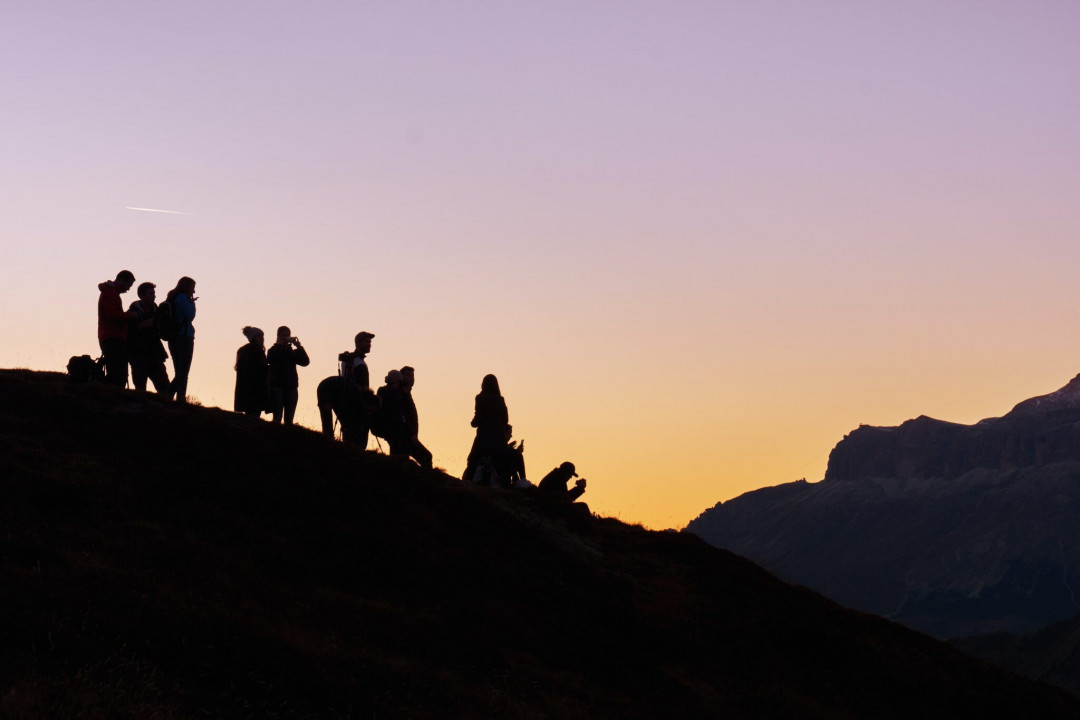 Every one of us belongs to different social groups, such as family, friends, work teams, political associations or some particular leisure pastime. In different groups, the individual nature of a person finds a unique connection with their own social nature.

The need to belong is a strong psychological drive.

Roy Baumeister and Mark Leary are the authors of the most influential theory about the need to belong, claiming that our need for relationships is one of the most important needs we have to fulfill. They compare the need to belong with the basic things we need in order to survive, like food and shelter. According to the authors, in order to fulfill the urge for belonging, there are two aspects of a relationship that must be met: people’s interactions must be positive and pleasant as opposed to negative, and these interactions cannot be accidental, they should be part of strong, consistent relationships where people nurture each other’s health and wellbeing in the long run.

People react negatively when they don’t feel they belong. Those who are members of a group tend to be happier and more satisfied. To a great extend happiness depends on how many relationships a person has and how strong and satisfying those relationships are. And vice versa, when people are excluded from groups or their relationships fall apart, they experience various negative emotions. Anxiety is one of the main negative emotions resulting from the loss of a relationship. Depression and sadness can also be the result of not being accepted into groups or relationships, and often depression and anxiety go hand in hand when people feel rejected. Jealousy is another negative feeling that is directly connected to interpersonal relationships. Jealousy is the fear that someone will / or has stolen something that we own and do not want to lose (a precoius relationship of ours). Loneliness is a chronic feeling that one does not have satisfying enough relationships. Loneliness is more than just the absence of social contacts, because one can have many interactions throughout the day, but still feel lonely. The feeling of loneliness is an example of what proper interactions can do, in the context of long-term relationships, to fulfill our need to belong. People have a better quality of life and live longer when they feel they are part of supportive and caring relationships.

At a certain stage of their life people make an informed and conscious choice about where they want to be in life. They discover their identity. This is how the individual decides to become involved with the social reality. The social group is the facilitator for this process.

Belonging to a group…

The group is a basic form of social life that takes an important place among the various social structures that have developed in the course of human history. This is the most common form of social networking.

Although people can live independently away from others, they connect with people because the group meets their psychological and social needs. If we look at ourselves, we will find that we’ve been part of groups since early childhood. Our relationships within these groups are dynamic and change frequently.

According to theory about social integration, groups tend to form whenever “people become dependent on each other to meet their needs” (Moreland, RL 1987).

There are points in our lives when we decide to retreat from one of the groups we belong to, because we no longer feel good about it, we have new, different needs. We criticize it [the group], question its importance to us, and finally decide to leave. If we think about it, we are going to realize that this is because we have been comparing it to another group, that appears more attractive and we would like to join it.

To be accepted into this new group, we need to change how we act and even how we think. The group we strive to join is our reference group. It gives us reference points, allows us self-assessment, provides norms and behavior models, and affects our frame of mind and opinions. Upon comparing groups sometimes we realize that our group is not that unsuitable and we decide that we should continue being part of it. A reference group is one that we are engaged with psychologically or we want to engage with, meaning it is the group we identify with or wish to identify with in the future. A reference group can be both a person and a number of people who represent a source of beliefs, opinions, values and relations that a person identifies with. By joining a reference group, the individual takes into account features such as lifestyle, social status, income, etc.

Why do we join groups? In some cases, we join a group because we need a service or access to information. We might also be interested in a group because we admire it or its members. Whether we realize it or not, our identities and concepts of self are built on the basis of the groups we identify with. The group helps us meet our instrumental, interpersonal and identity needs.

What functions does the reference group have?

Groups allow us to compare ourselves to others

The term “reference group” was first used by the American psychologist Human, who developed the concept and explored some of its properties in the “Psychology of Status” (Hyman, Herbert H., 1942). During his research on socio-economic status, he found that the subjective status (the one we think we have) does not correspond to the objective status (the one we can define according to income, education, career, marital status, age, etc.), but it depends mainly on the groups that a person associates with. The ones we use as points of reference and self-assessment. This process of social comparison always occurs when we have difficulty defining ourselves or are insecure about our abilities or opinions. This reduces our insecurities. In the absence of precise criteria and by comparison with others, we reduce our hesitations.

Leon Festinger’s theory of social comparison (Festinger, L. 1950, 1954) suggests that in many cases people connect with others in order to measure the accuracy of their personal beliefs and attitudes.

In some cases, we also prefer to join others who are even worse off than we are. To maintain a sense of self-worth, people seek and compare themselves with the less fortunate.

Groups help us find the answer of the vital question “Who am I?”

Through rationalizing we know that our sense of self is our personal definition of who we are, a kind of archive record of our experience, qualities and capabilities. Yet, the Self is also made up of those qualities that result from our group memberships. People are determined not only by their traits, preferences, interests, likes and dislikes, but also by their friendships, social roles, family ties and group memberships. The self is not just “I”, but “we”.

Groups also provide various tools for maintaining and enhancing our self-esteem, because our regard for the quality of the groups we belong to affects our collective confidence (Crocker & Luhtanen, 1990). If our self-esteem is shaken by personal failure, we can focus on the success and status of our group. In addition, by comparing our group to other groups, we often find that our group is better and therefore we can take pride in our superiority. By tarnishing other groups, we raise both our personal and our collective self-esteem (Crocker & Major, 1989).

Confidence is not mere high self-esteem; it is the feeling of self-approval when we are accepted in groups (Leary & Baumeister, 2000).

Social identity theory, for example, suggests that we not only classify other people by social categories such as man, woman, adult, or student, but we also categorize ourselves. In addition, if we really identify with these categories, we attribute these characteristics to a typical member of these groups, and thus put ourselves into stereotypes. For example, if we believe that students are intellectuals, and if we identify with this group, we assume that we are also intellectuals (Hogg, 2001).

Groups can function as a standard

This is the process where people comply with the values and standards of behavior of the reference group. Upon joining, they try to “adjust” their behavior in accordance with its members. By accepting the norms of a group to which we do not belong we are kind of disagreeing with the group we do belong to. That is, we take the risk of changing our norms and group in order obtain easier access to a new group that we find more attractive.

Although every kind of friendship is valuable, we prefer the ones that bring confidence and support, as well as accurate information.

Another reason people join groups is because they want to have some control over the decision-making process or to influence the outcome of the group. Being part of a group allows people to share opinions and influence others. Conversely, some people join a group to be under control, because they do not want to be the only decision maker or leader and instead prefer to be given a role to follow.

We become interested in a group when we get attracted to it or its members, quite similar to the way we make interpersonal relationships, because we like someone. Groups also provide help in ways that complement the support we get from our interpersonal relationships with significant ones. Some groups, such as therapy groups, exist primarily to provide emotional support.