Who are the participants in the International Folklore Festival 2022? 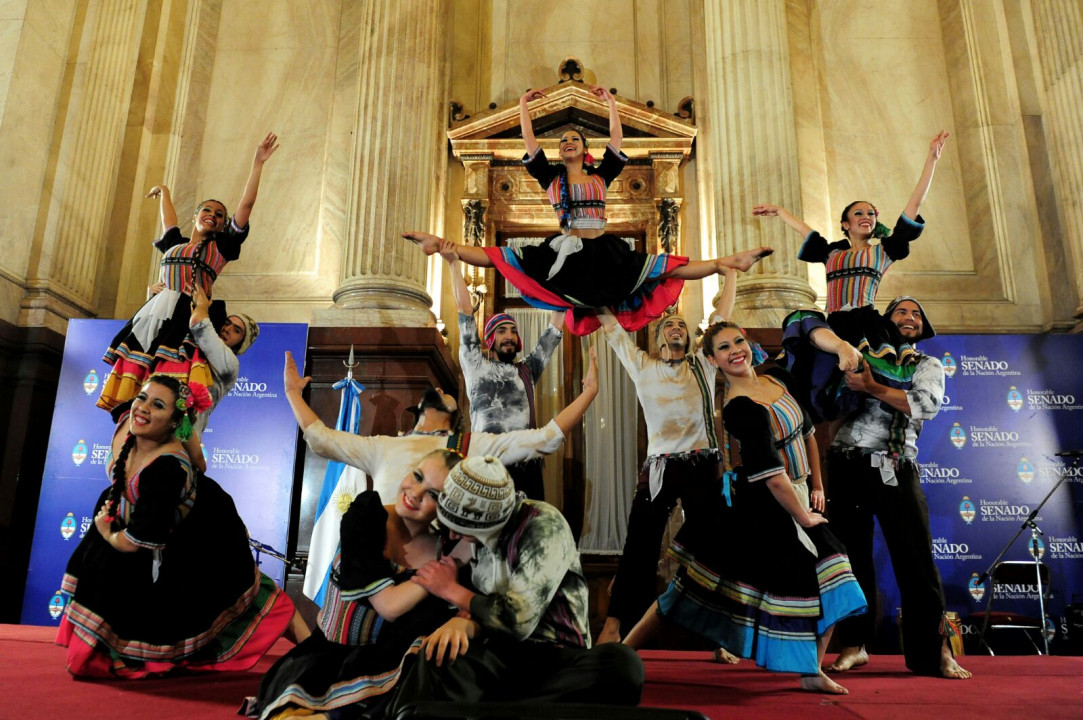 Here is information about the participants:

In February 2016, the ballet FOLKLORICO DE LA PROVINCIA DE SANTA CRUZ was launched. In the repertoire of this project, there are ten folkloric works, which are collected with the work and contributions of the most important choreographers in Argentina, such as Ariel Sosa, Florencia Pasoni, and Fernando Rodríguez, Leo Santander, etc.

The project FOLKLORICO DE LA PROVINCIA DE SANTA CRUZ has made visits to several cities in the province of Santa Cruz, and at the national level, in 2015, 2016, 2017, and 2019, the ballet has been designated as the official dance line-up for the opening of the most popular festival in Córdoba " Jesus Mary". The dancers also take part in numerous television programs. They toured Turkey, the Philippines, Colombia, Saudi Arabia, Romania, Bulgaria, etc.

For more than 25 years, the cultural association Flor Ribeirinha has been working to preserve, maintain, protect and spread authentic Brazilian culture, and in particular Siriri and Cururu, as well as other forms such as Boi Bumbá, Frevo, Samba, etc.

Flor Ribeirinha was founded in the city of Cuiaba, in the state of Mato Grosso in Brazil, in the historical community called São Gonzalo Beiro Rio, where the association takes care of the preservation of the traditions related to the feasts of saints, the production of clay vessels and typical foods and drinks.

Since 2010, the group Flor Ribeirinha has toured the American continent, visiting the countries of Peru, Paraguay, and Argentina. In partnership with the Brazilian Federation of Folk Arts - FEBRARP BRASIL Flor Ribeirinha participated in major international folklore festivals in Europe, including in France - Martigue, Montoire, and Confolance, in Italy - Tarcento, Apiro, etc., and in 2016 she competed in "Cheonan World Dance Festival" in South Korea, winning the prestigious 2nd place. In 2017, the group participated in one of the biggest art and culture competitions - the "18th Festival of Buyukçekmece" in Turkey, presenting the show MATO GROSSO DANÇANDO BRASIL, presenting the traditional Brazilian dances with the numerous and characteristic nuances, rhythms, and gestures.

"Dor Transilvan" is one of the most famous Romanian folk bands. She is a true guardian of Romanian folk songs and dances from the multicultural region of Transylvan. The band was founded in 1994 and has had an amazing run for that period.

The average age of the group members is around 20 years old and most of them are students. "Dor Transilvan" has a rich repertoire: songs, dances, and traditional customs from all regions of Romania. Because of its good choreography and excellent orchestra, the group is suitable for any kind of show, outdoor concerts, etc. The suites they perform are from famous historical regions of Romania: Oas, Bihor, Moldova, Codru, and Chintau.

Over the years, the group has participated in many European festivals in France, Italy, the Czech Republic, England, Belgium, Poland, etc. being the winner of several awards and cups. Last year, at the International Folklore Festival from Italy-Gorica, the group was awarded the special prize for instrumentality and virtuosity.

The Children's Georgian National Dance Ensemble "Yiloshtyebami" was established in 2005 as the base of the secondary school and the House of Creativity in the Zugdidi region. The creative director of the ensemble is the choreographer Georgi Surmava. Since its establishment, Ioloshtebami has won first place in the republican festivals-competitions in Tbilisi and Batumi. The ensemble is in the 3rd age category and has nearly 100 dancers.

All the costumes are authentic and the music is played with modern instruments. This year, the ensemble received the Grand Prix at the Republic Festival in Batumi and a recommendation from the Society for the Development of Culture and Tourism to participate in the International Festivals in Sliven and Plovdiv. The ensemble has toured Romania, Turkey, Ukraine, Russia, Bulgaria, etc.

Kuzeyin Usaklari Folk Dance Group, Ankara, Turkey has been operating since 2003. In their volunteer social projects, folk dance and music activities are used as specific means to develop a shared team spirit and improve understanding of personal and group responsibility.

Kuzeyin Usaklari Folk Dance Group is internationally recognized and enjoys a warm welcome during numerous performances and festivals in Turkey and abroad. Artists strictly maintain the image of authentic Turkish culture in its original form.

Kuzeyin Usaklari Folk Dance Group had the honor of being the first and only folk dance troupe to participate in the finals of Turkey's Talent in 2011, breaking rating records on Turkish television.

Folklore Ensemble "Trakiya" Plovdiv was established in 1974. Its creative image was created by Prof. Kiril Jenev, but it developed over the years with the help of the greatest authors in the field of folklore. Performers have always had a significant contribution to this unfading creative charge.

For 45 years now, "Trakia" has been an innovator in musical and dance forms, never for a moment breaking the connection of contemporary art with the deep roots of Bulgarian folklore, rites, and legends. The performances of the Ensemble go beyond traditional concerts and in a brilliant way reveal the huge folklore wealth of Bulgaria from all ethnographic areas.

Until now, thousands of concerts have been performed in all corners of Bulgaria and more than 60 countries around the world. Ensemble "Trakiya" is an emblem of the city of Plovdiv and a unique Bulgarian achievement for world-stage culture.

Folklore Dance Ensemble "Dilyanka" city of Plovdiv was established in 1992. by choreographer Maria Kyoseva. Over 100 girls and boys dance in the ensemble, divided into three groups - preparatory school, middle group, and youth formation. The repertoire of "Dilyanka" includes dances from all ethnographic regions of Bulgaria. The colorful costumes and dynamics of the dances captivate the audience not only in our country but also abroad. For 30 years now, the ensemble has been among the most active in the cultural life of Plovdiv. The folklore group "Dilyanka" has repeatedly been a laureate of our international folklore festivals. The dancers' successful tours include tours in the Czech Republic, Poland, Greece, Belgium, France, Italy, Cyprus, Denmark, and many others, from which they have received numerous festival awards over the years.