From Traditional to Revolutionary - The Metaverse and Your New Online Wardrobe 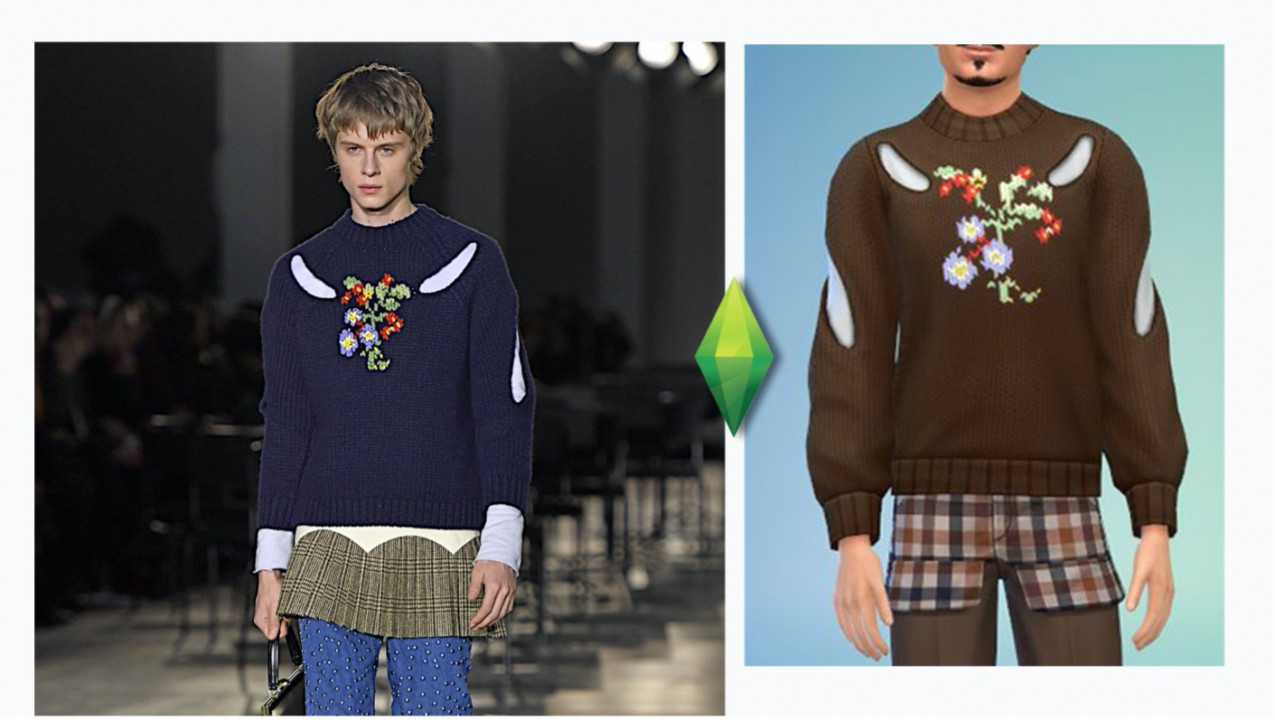 Twenty-one years after the Millennium, there are still things that may surprise us. The giant of electronic games EA Games and in particular the well-known game The SimsTM showed the world that there is nothing that we can not bring to the digital world - even clothes. The Sims has been stated “the future of the games” since its launch. A whole generation of children and teenagers created their own version of their reality in the game. In the 11 years since its launch, more than 300 million copies have been sold, and in 2021 The Sims 4 broke records with as many as 33 million players. The game has always been a creative destination for its players and the news of the partnership with the British Fashion Council and in particular with men's clothing designer Stefan Cooke is a good reason to start playing The Sims again.

The Sims is currently expanding both on and off-screen. Last year, the game was turned into a reality TV series called The Sims Spark’d. However, creativity does not stop there - packs such as "ECO Lifestyle", allows the characters to live sustainably, and the pack "Pride" was created in partnership with the non-profit organization "It Gets Better", which tries to prevent suicide among LGBT youth. This shows us that the creators of the game are well aware of the times of the digital age in which we are in.

London-based Stefan Cooke created 23 models of modern men's clothing available to anyone who owns the game. The clothes include virtual jackets, pants, suits and shoes that look exactly like Cook's real collections. What the designer himself shares is that each of us has played The Sims at some point, and the game is part of the cultural history of several generations. To create "Modern menswear", as the new package is called, the designer and his assistant Jake Burt turned to their models' archives. Thus, the clothes vary from traditional to revolutionary and are both masculine and feminine.

Along with the dynamic shapes and silhouettes, the clothes are made so that the fabric from which they are made is visible. Each material is carefully hand-painted to mimic the texture qualities of a real garment. Each piece of clothing is made so that it neither looks too photorealistic nor loses detail. The balance between design and wearable clothing in the digital world is the subject of many conversations that arise during the creation of the project.

We can't help but notice that Cook's small men's fashion company is becoming a huge company in the game, as players have the option to choose from many clothes, and the goal is for people to spend money and to buy something unique and different. Cook and Burt's hope is that people, and men in particular, will become more research-minded about the clothes they want to wear, to feel comfortable in them, and to not be afraid to express themselves.

The "Modern Menswear" pack has been available since December last year, which is a good reason to start playing The Sims again and explore the vast world of fashion up close.