Marusya Ruseva: One woman’s mission to pay the way for the theatre’s bright future 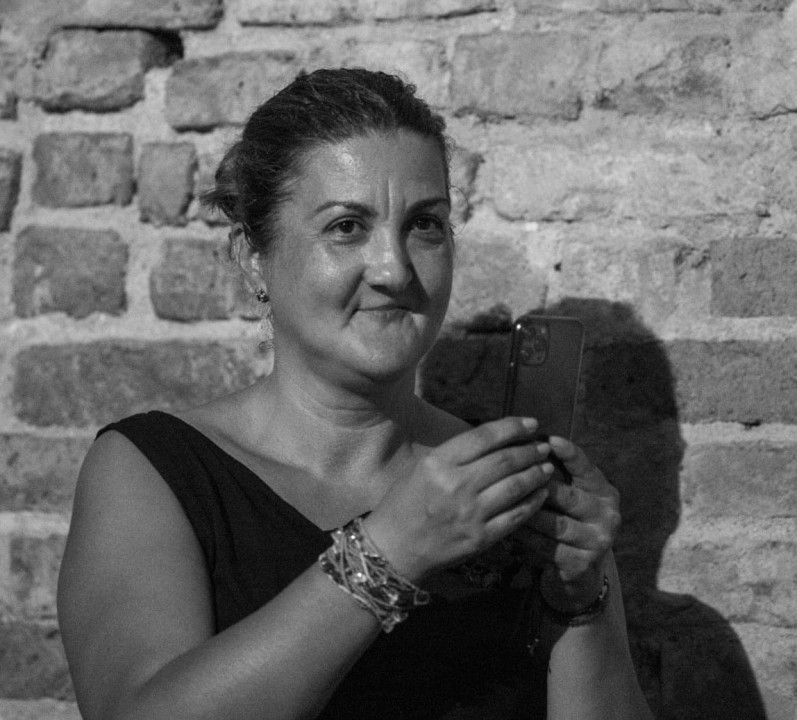 "You're not from here," said the fox, "what are you looking for?"

- This is something long forgotten. It means "to commit."

Modern leaders, who build bridges between culture and people and gather them, are a national treasure. For them, there are no limits. Aimed at their mission, stubborn as water, they form the hardest rock. Some of them are louder, the same alarm clocks. Others are as quiet as a calm sea on a windless July day. They gather people with art and let them get to know, tame, make friends and like them. In Burgas, Marusya Ruseva is building a stage on which the great theatrical art invites people to a meeting. In its 11 years, her Art Atelier has brought to the seaside town more than 400 of the best theater productions in the country. The sunny sea girl has gathered more than 200,000 people for His Majesty's Theater - a gigantic feat, no matter where you look at it, at a time when the word "enlightenment" is increasingly shallow and poor in content.

She discovered the magic of the theater of Sozopol's "Apollonia". She sank into the charm of exceptional artists such as Stoyanka Mutafova, Georgi Kaloyanchev, Georgi Parcalev, Nikola Anastasov. For her, the live play, the incarnations, and the stories set on stage are a cure for almost everything. "I take off my shoes, I put on the shoes of the characters on stage and this helps me find the answers I need in life and go through what is in my heart," she said. Her love for theater goes hand in hand with her love for cinema and books, for the magical worlds that give modern people a breath of fresh air and pause the stagnation of everyday life. Today she does everything to bring the great artists of Bulgaria to the sea of ​​Burgas - from communicating with artists and their care, through renting the hall, to selling tickets.

She approaches the artists with great respect and love. Among her close friends are Viktor Kalev, Antoneta Dobreva-Neti, Krassimir Rankov, Stefka Yanorova. "Thanks to her, I rediscovered the Burgas scene," Vasil Mihailov told her during his 75th anniversary tour of the country - and this is one of the most valuable compliments she has ever received. Her life is a series of all sorts of interesting things that meet her along the way. Apart from the place that brings her joy and happy childhood memories, Sozopol is also the city where years ago she found 12 thousand euros and returned them to their owner. She shares that her personal Golgotha ​​is related to the numerous surgeries she underwent due to a birth defect. She decides that he will be one of those smiling and sunny people, full of laughter and good ideas - and she succeeds.

Today it is constantly expanding her activities, and organizing cultural events in other cities. In addition, she manages her own art scene for 200 guests - the historic "Modern Theater Club", which opened its doors as the second cinema in Burgas back in 1927 and has gone through a number of major changes over the years. Here is what Marusya Ruseva shares for HighStreet readers:

Marusya, why did you turn your love for theater into your life mission?

There came a moment when I saw all the productions in Burgas - both those of our theater and the guests. There was a general desire among the audience for more and more different performances. So, a bit of a joke, but with great desire and without any pretensions to anything, I stood on the side of the organizer. It happened slightly by accident, thanks to Nevena Gospodinova, with whom we made the first few productions. She helps me to this day when she has the opportunity. I thought it was very difficult to invite a state theater with large-scale production. It turned out not to be the case. We use all available stages in Burgas - NHC Cultural Center, State Opera, State Puppet Theater, Adriana Budevska Drama Theater, Military Club, Summer Theater - Burgas, Modern Theater Club. I rent the hall depending on the specifics of the production. I've always said to myself that I'm just a girl who loves going to the theater. I wanted the magic that I feel that other people can feel - and that's more than enough motivation for me.

Is it difficult to organize an art visit to Burgas?

Sometimes it's easier, sometimes it's harder. It depends on the moment, the performance, and the attitude of the audience. There are many factors that have an effect and they are not always the same and are sometimes unpredictable. The important thing is that everything I do, I do with great desire and attitude towards the audience and the artists. And if sometimes the hall is not full, it is because for this particular show there was exactly this audience. At such moments, I tell myself that I have done everything in my power. In the beginning, when I started, I spent more than one or two sleepless nights, worried about whether the hall would be full. Because it is no longer enough just to put up the poster and the tickets to be sold immediately.

Does the Bulgarian have a culture in the theater and what does good etiquette dictate?

And yes and no. Many people ignore the request made at the beginning of each play to turn off the sound of their phones. There have been cases when they answered the call and explained out loud that they were at the theater. This is extremely unpleasant for the actors, especially when there is a one-man show. A ring can make the artist lose concentration or forget his lines, for example. The other problem is eating during the staging - all kinds of food in noisy packaging. I have a feeling that there is a bit of a lack of respect for the artist. It's the same - I've paid for a ticket and I can do whatever I want, it's like I'm at home in front of the TV. This is living art. There is no idea how these actions will affect the person on stage.

What is your favorite part of the theatrical performance?

When the show is over and I hear the applause of the audience, then in the corridors of the halls I can hear comments. I like to walk among the people as they leave the hall and listen to their impressions, which are absolutely sincere and unadulterated. I learned to listen to people. I also talk to them when they buy tickets. I always try to watch in advance every play I invite to the Burgas stage - and I am probably the only organizer in the country who does it. So the audience knows they can trust me. If I do my job well, the theater is happy and I am happy.

What are your favorite plays that one should watch at least once in one's life?

I have a strong preference for all the productions I have organized. They are all my favorites! But one must watch "The Gramophone" by Viktor Kalev, "Marius 50" by Marius Kurkinski, "The Iron Lantern" by the Bulgarian Army Theater, "Debelyanov and the Angels" by the Plovdiv Drama Theater, and many others, the list will be quite long.

There have been many comical situations over the years. I remember that Plamena Getova's shoe heel broke during "How important it is to be serious", and Krasi Rankov's pants were torn during "Now or Never" in Sozopol. This could not go unnoticed by the audience. It often happens that they laugh on stage when someone inadvertently makes a mistake or confuses the line. But this is the risk of live broadcast, if I may say so.

Since HighStreet is a Plovdiv bilingual media, would you share your opinion about Plovdiv and its cultural scene?

I am a big fan of Plovdiv. I am impressed by the way they created and developed Kapana. I am also a big fan of the Plovdiv Drama Theater, with which I have been working for many years. Many things are happening in Plovdiv and different cultural spaces are being developed. It also makes a very good impression on me that the media there broadly cover cultural events.

Are you planning events in Plovdiv and would you be part of cooperation in this direction?

I have already made an event in Plovdiv - a presentation of the album "Change the way" by the Zhivko Petrov trio. Perhaps this is the time to clarify that over the years, in addition to theater, I also organized concerts, festivals, and many other events. Of course, I would support the organization of various events in Plovdiv, but I will certainly ask for help from colleagues who work there. In my opinion, the stone weighs in its place and everyone knows the audience of their city.

Where can people find you?

On the streets of Burgas, at the box office of the NHC or on the roads of Bulgaria. It's easiest to find me on the phone or on social media. I answer to everyone.

Marusya Ruseva is an inexhaustible energy force. She does not ask what the country will do for her but makes sure that not only she but the whole of Burgas will receive more theater, concerts, cultural events, and somehow managed to revive the historic second cinema of Burgas. It clearly shows that when you follow your path and are purposeful enough, things work out. Good luck, Marusya - and thank you.

Do not forget to share with us your fascinating stories, personalities, and events from ancient Plovdiv, which we will present to you in future materials. Because sometimes what separates a person from great achievements is the inspiration for the first step.